Any other great sof2 videos out there?


11 replies to this topic

just found this, enjoyed seeing a lot of the names in it like:

And that last play was amazing, what a clutch

and also who was bro| SOFA KING ?

like ross... what happened to the [[ cG ]] 1v5 where it shows abu, yoshi, exe, zioni all going down within 3 seconds on the killfeed, then ross alone above small elevator, had the intro saying:  Abu: "Xillax got this."  then, Exe: "win it ross."

I remember that moment like it was yesterday.  It was a 1v5 but the vibe on the team was SO confident that ross was going to win once we said that... everyone had full faith, no one said a word, was the craziest minute and a half I've ever witnessed in a clanwar... pretty sure it saved the cupwar too, like they thought they had just won

Exe you're on this weird nostalgia trip it seems, lol.

If you haven't seen my last movie I made, just before I quit in 2012 somewhere, probably amongst the best skillwise and editing wise demo has to offer;

Exe you're on this weird nostalgia trip it seems, lol.

If you haven't seen my last movie I made, just before I quit in 2012 somewhere, probably amongst the best skillwise and editing wise demo has to offer;

could honestly bang out a 2021 demo with ONLY mp_shop and jor1 in one weekend as a side project probably... could go one to become the biggest, most watched, most competitive esport of the next decade if they put it in our hands... let us do some cool things like having skins be something you have to earn.

Make a clip of the week contest every week, whoever hits the nicest ak play, best knife of the month, is the only one who gets to use that skin.  Each one totally 1 of 1.  Best sniper clip gets to use the red dot scope snugg made

It'd attract so much attention, playing in The Zoo and seeing "gossip girl" on top, 30/0 with a gun no one else has... Shroud would want to see if he can ruin a pro's perfect score.

plus it'd give hope to the randoms, even if it seems like a meaningless match no one is watching... it could still mean eternal glory

if they just get one spectacular or lucky play.

Also whoever the admins (ross, shifty, you, ect.) objectively decide holds the aim crown at that moment shoots gold bullets.

So like, if farlig comes on once every 6 months, he could still take the crown the back if he proves right away it's still his.

He could be playing and all of a sudden the bullets would be gold, and he'd realize, aight... someone's watching, I'm REALLY feeling it now, and just pop off.  Just so that way, even if someone is smurfing, when you see a person with skins, you know it's not just some 12 year old with their parent's credit card or even a hacker... but actually a pro.  I think that's an opportunity that game designers should take advantage of, could create something greater than simply trying to cash in on skins right away... could use it to build the biggest spectator sport in the world, the cleanest professional first person shooter since counterstrike first came out.  If it comes out in the beginning of 2021 for free, all the big streamers would want to try it, and if it's good, the way sof2 mp_test looked?  was  FELT good back in April 2001... then they'll come back to play public servers late night at night, after they're done scrimming in val or cs or ow or siege or cod, they'll eventually get pulled into mixes, some of them will eventually start playing against the good clans, and then lots of people will want to jump in a TDM, start practicing so they can join the race and compete against the cC. and sK. and c4. of the SoF4: quad dimensional world

not everyone wants a game where you have to stand still to shoot.

not everyone wants a game where there's abilities

not everyone wants a game where there's flashbangs

none of those are really true, pure 5v5 first person ultra-competitive shooters

ppl want to watch pro matches and have it be simple, enjoyable, yet have the potential to be creative, gritty, artistic, with beautiful teamwork, spectacular aim, skillful nades, and SoF delivers all that in a way no other game can.

cs you can't watch someone's POV on a TV for the whole round, there's too many flashbangs to turn away from, too much non-action.  SoF there's no reason to turn away from where the action is going to be coming from.  Demo throwing knives are perfect.  Demo 5 second nades are perfect.  You could follow teh_xzi!!! or c4. Delta down small elevator every single round and it'd be captivating.

there's a market for this.  Just no one is capitalizing on it yet, and the way to do it is a free mp_test

I could see the public INF and tdm community overnight being more alive than the days all the servers were full 23 hours a day:

I guess video games have kinda been missing from my life since the sof2 gold pugs stopped... getting trolled playing with randoms in cs & valorant who intentionally try to lose half the time just doesn't fill the hole that's left after competing against the best in sof2 for a decade

on topic; but did you edit gold color names into demo footage?!?! That's amazing

SOF2 was all what you're describing back in 2002 and it never took the crown of best FPS. Arcade shooters were never popular to mainstream gamers, only small developers push out arcade shooters anymore, for the sake of love to the genre. Big publishers see no value and rightfully so. I agree SOF2 could have lived longer if it were released on a platform such as steam. It's too late for that now however, should have happened atleast 5 years ago. Loved the years on sof2, but let it go dude, your weird flashbacks remind me of someone who suffers from PTSD.

: I did not edit names whatsoever, RPM client allowed all of that, dunno if you were around in those days anymore. 2010-2011 I'd guess, then Max pulled the plug.

SOF2 was all what you're describing back in 2002 and it never took the crown of best FPS.

it did tho... we just didn't realize it.  if you filter by the true [intangible] of competition, than you really can't name a better competitive FPS... we just couldn't see that back then, because cs was bigger, quake more renowned.

Or maybe we could see it, and that's why we all chose to stay once we saw the nature of a clanwar here

and azzy i always had a weirdly photographic memory, even when I was 8 years old playing with the best in red faction... you just didn't really Know mE at all until 2009, eVen though I'd known exactly who you and wolve and tyler and benners were for 7 years by that point.

holy shit, i have no idea how you remember this stuff

i cant even remember my name half the time. reading the player names and server names brings it all back. exe the historian.

holy shit, i have no idea how you remember this stuff

i cant even remember my name half the time. reading the player names and server names brings it all back. exe the historian.

the key is to just picture the colors... I know you can see The Zoo in that green, Distort in that shade of blue now, {ShiftTM}Gaming in that yellow

but I think the real magic secret is that it meant more to me, pretty certain I miss it more than everyone else 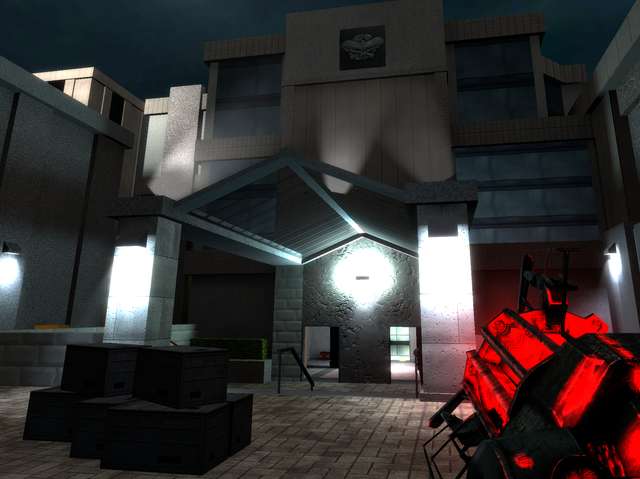 2020 lockdown mixwar, just because we can

Only gay on the internet

you do know ravensoft made the new cod black ops right?